The Madeline Island Book Club is pleased to announce that the Zoom session held July 21 with author William Kent Krueger went well, with 31 members tuning in as far away as Boston and Phoenix. 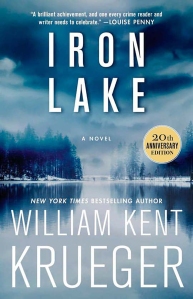 Krueger is the bestselling author of the Cork O’Connor series featuring an ex-sheriff detective in an imaginary northern Minnesota town near Lake Superior. The author began by recounting what led him to become a writer, how he researched Ojibwe culture to incorporate into his series, and with prompting from an audience question, why he eliminated what for some was a favorite character in the book.

The discussion leader was Mark Hier and technical support was provided by Joe Scarry. It was great seeing Carol and Keith Sowl, and long-time bookers, Marcia and Burk Henry and Phyllis and Gary Rieman.

The La Pointe Center for the Arts provided funding for the honorarium. The author donated his honorarium to Ojibwe charities.

The next Madeline Island Book Club Zoom session will be held Tuesday, August 18 at 7:00 p.m. Rome: A History in Seven Sackings by Matthew Kneale. Robin Trinko Russell will be leading the discussion  and providing some background with slides from her recent fall trip to Italy. Copies should be available from the Library some time after August 3 .

DONATE TO THE BOOK CLUB
All donations are tax deductible

La Pointe Center for the Arts